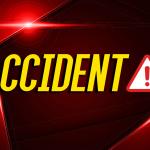 Eight (8) people were killed while thirty-one (31) others were critically injured in a road traffic accident that occurred along the Harare-Bulawayo Road in the wee hours of Thursday morning.

In a statement, the Zimbabwe Republic Police (ZRP) said the fatal accident which involved a Zimbabwe United Passengers bus and a tanker occurred at the 168km peg along the Harare-Bulawayo Road between 12 AM and 1 AM.

The bus and the tanker collided resulting in the death of eight people and injuries to 31 others who were ferried to Kadoma General Hospital. ZRP posted on Twitter:

The ZRP reports the death of 8 people in a fatal RTA which occurred at the 168km peg along Harare-Bulawayo Road between 12 midnight and 1 am when a ZUPCO bus had a collision with a tanker.

Thirty-one (31) people were critically injured and are admitted at Kadoma General Hospital. More details to follow.

May God be with us

My hearty condolences to the families of the deceased. You are in our thoughts during this time of your bereavement. To the injured fellow countrymen and country women, I wish you all speedy recovery processes.

It seems some of u don't know anything about transport industry...are you not used to night travels?So u think all buses during the day??
City to city depart at different times..

Other organisations are immune to lockdown regulations, aren't there roadblocks along Hre-Byo road, 1am....

Sad news indeed. But then again,at 0100hrs where was this bus going defying the lockdown curfew regulations?🤔🤔

Painful, to the survivors wsh u a quick recovery

Sad news, may their souls RIP and we thank God for those survived

Sad.May their soul rest in people,and a speedy recovery for those injured