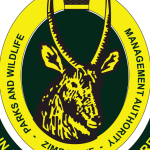 Seventy (70) people were killed by wild animals, especially by elephants across the country this year as cases of human-wildlife conflicts rise.

Speaking in an interview with VicFallsLive, Zimbabwe Parks and Wildlife Management Authority (Zimparks) spokesperson Tinashe Farawo said most of the cases of human-wildlife conflicts were recorded in parts of Matabeleland North, Mashonaland Central and Masvingo. Said Farawo:

As we come towards the end of the year, we feel it is important to update you about the human-wildlife conflicts that have happened since the beginning of the year.

We have lost 70 lives to different animals, but the majority of the cases were involving elephants and crocodiles ad most of the districts which were affected are Binga in Matabeleland North, Mashonaland West in Kariba, Masvingo areas like Bikita and Mashonaland Central in Mbire and Muzarabani.

But we ask, why is it we are having this kind of increase because this year we received close to 2 000 distress calls from these communities either about lions, elephants and buffaloes and we think we are getting punished for doing what is good for our animals.

Farawo revealed that the escalation of human-wildlife conflicts is caused by the growing population of both humans and animal species. He said:

Our elephant, lion and other species population are growing, and our human population is also growing when our country is not expanding.

If you look at Hwange National Park compared to 50 years ago, the wildlife has expanded, and this is why we are witnessing such conflicts.

We are forced to share the resources like water because during hot seasons especially around October until now during the onset of the wet season, it means that more water bodies will be dry and that’s how the animals move around the communities in search of water and food.

Just over a week ago, a wounded buffalo gored a game scout and a fish poacher to death at Mteri Dam Wildlife in Chiredzi.

In another recent incident, a Victoria Falls bartender was gored by an elephant behind the Victoria Falls police station last month as he was walking home from work at around 3A M.

Selling most of these animals wont only save human life ,if the money is put to good use it can also improve lives.

These animals have surpassed the carriage capacity of the land. Ngadzitapudzwe by way of slaughtering them to save people's lives

Shouldnt we be culling these animals if they are too many.Surely human life is important than wildlife.They should be killed and just leave a manageable number.

Why is human life more important than elephant life?

US$0 Harare
mutowo 5 months ago