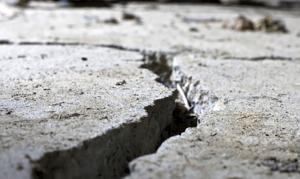 An earthquake measuring 4.2 on the Richter scale hit 15km southwest of Gweru on Wednesday morning.

The United States Geological Survey (USGS) defines an earthquake as “what happens when two blocks of the earth suddenly slip past one another” on the fault plane.

According to South Africa’s Council for Geoscience (CGS), the earthquake that hit the Midlands province yesterday was of moderate magnitude. It said:

The quake hit a shallow depth of 10km beneath the epicentre near Gweru, Midlands province, Zimbabwe, early yesterday morning.

The exact magnitude, epicentre and depth of the quake might be revised within the next few hours or minutes as seismologists review data and refine their calculations or as other agencies issue their reports.

Based on the preliminary seismic data, the quake may not have caused any significant damage, but was probably felt by many people as a light vibration in the area of the epicentre.

The epicentre is the point on the earth’s surface vertically above the focus or hypocentre of an earthquake.

The CGS said the tremors were felt in Gweru, Shurugwi, Lalapanzi, Redcliff, Kwekwe and Zvishavane, all of the Midlands.

That should be the Gwayi Shangani dam causing this,too much inflows over a short period.

Well your name says it all,doesnt Kariba cause tremors,research before showing your stupidity to the world.

kikiki really? Did you do geography at A'level? If you did, then your teacher should be SUED...