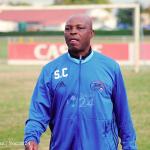 Former Warriors coach Sunday “Mhofu” Chidzambwa says Zimbabwe has a better chance of progressing to the knock-out stages at the upcoming 2021 Africa Cup of Nations, describing Group B as “easier”.

Zimbabwe is in Group B alongside Senegal, Guinea and Malawi, and Mhofu believes the Warriors can match each of their opponents on a good day.

Chidzambwa said the Warriors stand a better chance of reaching the knockout stages also because the number of participating teams has been increased from 16 to 24. He said:

First of all, I think we are in a fair group. We couldn’t have asked for any easier pool.

We are almost at the same level with Guinea and Malawi, all things being equal, and we can also even match Senegal on a good day.

Previously, we have failed to break to the knock-out stages and it’s been so disappointing.

But, when you look at the teams we have been pooled against on those occasions, well, it’s been tough.

I think we stand a very good chance of progressing to the next stage if we play well against these teams which we will face in the group stages.

Zimbabwe has never reached the knock-out stages at the previous AFCON finals since they made their maiden appearance in 2004.

Chidzambwa was the last coach to lead the Warriors at the AFCON finals when he took charge of the team in Egypt in 2019.

Zimbabwe was in the same group with the hosts Egypt, Uganda and the Democratic Republic of Congo and failed to win a single match.

Last time we didn't win a single match and this time we will reach the knockout stages - Whew !!!
Ndaakumboenda kumunda ini.