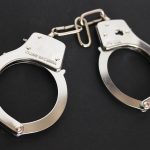 Twenty (20) ZANU PF supporters have been arrested in connection with the violence that rocked the party’s restructuring exercise in Manicaland province.

The Zimbabwe Republic Police arrested 20 suspects in Manicaland, and they are now appearing in court.

Zanu PF provincial spokesperson Oliver Mandipaka said the party would not tolerate intra-party violence, adding that there was a manner and way in which grievances should be channelled.

The clashes started on Sunday at the party’s provincial co-ordinating committee (PCC) meeting in Mutare, after demonstrators, who were calling for the ouster of chairperson Mike Madiro, were teargassed by police.

Mambondiyani, who is vying for the provincial youth position, was manhandled and head-butted in the melee by supporters of a rival faction.

He is being challenged by Makoni DCC secretary for youth affairs, Stanley Sakupwanya, for the provinial youth position.

Mambondiyani was hospitalised at Victoria Chitepo Provincial Hospital under police guard and was reportedly transferred to a private hospital.

Mambondiyani was among the 20 youths who appeared before Mutare magistrate Langton Mukwengi on Monday accused of participating in a gathering with the intent to promote public violence.

A Zanu PF party activist said President Emmerson Mnangagwa should step in to stop the intraparty violence in Manicaland province.

Madiro is being accused of imposing candidates in the just-ended district elections ahead of the provincial elections.