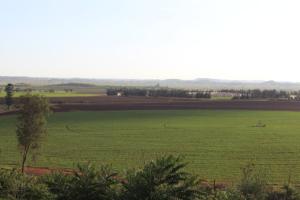 More than 2 500 families in Chiredzi face eviction after the Government issued offer letters to two politically-connected companies to undertake farming in the area where the families were resettled many years ago.

Precab Investments and Redoak Corporation were issued two offer letters for 5 600 hectares which is part of 8 500 hectares in Chihungume, Triangle, known as Lot 16 of Nuanetsi Ranch.

The land is occupied by 2 500 families but the Government has not revealed how it will compensate the families or where they will be resettled.

The offer letters for the two companies were issued on the same day, 2 September 2021.

The letters also have similar details which include the quantity of land being offered and the names of company directors are the same.

Villagers in Chihungume wrote a petition to the ZANU PF Chiredzi district coordinating committee (DCC) and it (the petition) will be discussed at the party’s provincial executive committee this weekend.

As war veterans, we are always clear on issues to do with the land. We are worried by the behaviour of some of our leaders who are not worried about the welfare of others.

We are hearing that there is a company which was given an offer letter for Chihungume but truly speaking we are not aware of that company.

It was never discussed at our meetings here in Chiredzi and we are telling our people not to move an inch and we will resist any attempt to move them away.

Chiredzi district development coordinator, who is also the chairperson of the district lands committee, Lovemore Chisema, said he was in the dark over the identity of the company which was offered land in Chihungume.

ZANU PF Masvingo provincial chairperson Rabson Mavenyengwa confirmed to The NewsHawks that villagers in Chihungume had sent a petition to the ruling party over the matter. Said Mavenyengwa:

It is true that the party received a petition from people in Chihungume after the ministry of Lands issued an offer letter for their land to a certain company.

Unfortunately, l have not seen the contents of the petition since it was submitted to the Chiredzi district party executive and l am certain that the issue will be discussed at our executive meeting here in Masvingo at the weekend.

A villager in Chihungume who spoke to The NewsHawks said a man who identified himself as Kwenda, who was in the company of his colleagues, recently scouted the area in preparation to move in.

The villager added that they were verbally told via phone call by officials from Chiredzi’s ministry of Lands office.

Precab investments is owned by the munangagwa a and we all know are good and serious famers . We are poised for bumper harvest.

These people might not be ZANU PF because it doesn't do that to its own people.

I live in the rural areas. I'm surprised that you call us fools and also that you are so ignorant. Where do you come from, where do you live. Why is it that you are unaware of the realities in Zimbabwe. The needs of urban citizens and those of the rural are vastly different. We have two economies. Chamisa's propaganda speaks and responds to the whims of urban people, which was also Morgan's mistake. I have always said Chamisa lacks the all-inclusive national ideology and vision because he is looking to usurping power quickly and asset his dictatorial tendencies the moment he grabs the seat of power. He is dreaming for the moment. He can change names. But as long as the opposition community is in tatters as it is now, power is not coming his way anytime soon. And as long as he continues to lack a definite rural policy like Zanu pf, and continues to think like you that people in rural communities are fools, power won't come to the likes of you anytime soon. Munosvasvangwa kusvika maita mava ne political maturity guys.

They could be zanu these people - the rural folk have short memories, next year they will be given regalia and of course fertilizer et al and all is forgiven.

YOU LOT IS ALWAYS VOTING FOR ZANU PF.