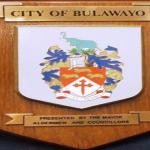 The City of Bulawayo (BCC) has identified 18 properties in the affluent suburbs of Selbourne Park and Hillcrest where the owners built illegal structures.

The council has since issued the owners with 21-day notices for appropriate measures to be taken or face the demolition of the structures.

BCC has in the past couple of months been on an exercise of identifying some of these illegal structures in the city and in its latest report, it said it identified 17 structures in Selbourne Park and one in Hillcrest built illegally.

The list also includes a property owned by Ward 14 councillor, MacDonald Chunga in Selbourne Park. The report reads in part:

The Director of Housing and Community Services (Mr Dictor Khumalo) reported that in terms of the model building by-laws (1977), no construction should be done without approved plans and requisite inspections by Council.

As such the developments should be regularised if they met all Council by-laws and policies subject to relevant penalties paid. If they could not comply, then the development had to be removed accordingly.

The Department carried routine inspections around the city. Appropriate 21 days notices had been issued.

If no corrective action was taken penalties would be charged and where appropriate demolishing procedures instituted.

Several months ago BCC condemned 51 buildings in the Central Business District (CBD), which are in a poor state and considered abandoned, dilapidated or derelict.

I really appriciate your website guys ,thank you for providing our local news for free 👍

No to demolition... BULAWAYO CITY is not Harare... demolition is inhumane.