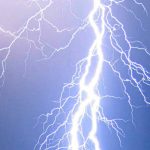 Thirteen (13) inmates from Hwange’s Mbalila Prison are battling for their lives in hospitals in Hwange and Bulawayo after they were struck by lightning while they were having lunch on Friday.

He said among the injured male inmates, four of them have been transferred to Mpilo Central Hospital in Bulawayo because their injuries were severe. Said Chaparanganda :

On 19 November 2021, a bolt of lightning struck Hwange Prison in Matabeleland North province and 13convicted male inmates were affected.

The inmates were inside the prisons’ yard and this happened around 11.30 hours whilst inmates were being fed lunch.

He said initially the 13 were rushed to a local hospital where the four were transferred to Bulawayo due to the seriousness of their condition.

US$4.00 Harare
ITAI ZVAMANGAMUCHINGOITA 5 months ago

I wish them a speedy recovery

Mind there are others who are incacerated yet they are innocent